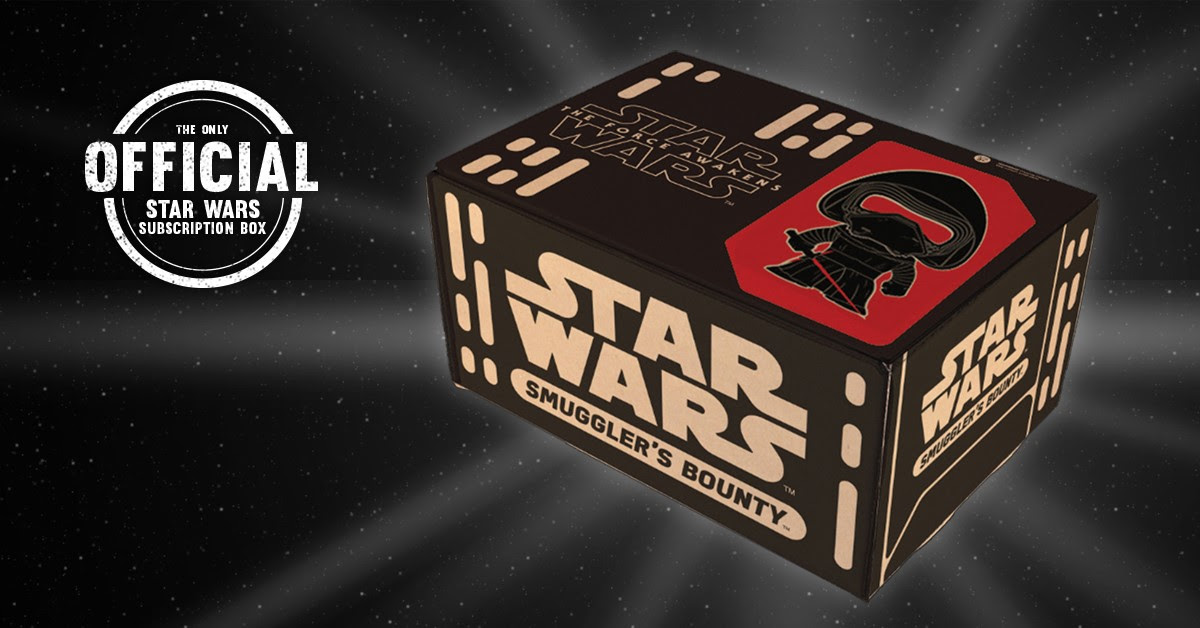 Funko has revealed that it has teamed up with Star Wars.com to create the newest Subscription crate service. This one is the only official Star Wars one in this galaxy or any other. It’s called the Smuggler’s Bounty and will feature 100% exclusive collectibles, apparel and accessories all from the Star Wars Universe. Each box will focus on a theme. The first one, coming this November will focus on the upcoming movie Star Wars: The Force Awakens.

You can sign up to the services for $25 every other month, to guarantee your Star Wars goodies. Each box it touted to come with over $50 worth of awesome. The November box will feature TWO exclusive Pop! Vinyl bobbleheads from Star Wars: The Force Awakens, as well a bunch of other surprises.

The services will have two subscription levels. Pirate the monthly plan, and Boss the yearly plan, which will feature a mystery reward for completing one year in the program. The Boss program will cost you $150 and Pirate is $25 every other month. This price doesn’t include Shipping and Handling.

Don’t miss this chance to get in early and acquire the premiere box from Smuggler’s Bounty – Star Wars: The Force Awakens. Sign-up today at www.smugglersbounty.com!